Women’s Southern Nevada Golf Association member Fay Geddes has a good eye on and off the course. She’s a photographer who has traveled the world and as a golfer is active in many different associations in addition to the WSNGA including Anthem Country Club, Chimera Women’s Golf Association, Southern Nevada Association of Business Women and the Revere Women’s Golf Association. She has volunteered and at the young-old age of 82, she is still as active as ever–at least when the world is in normal times, and she just has one of the best hole-in-one story in history. –By Brian Hurlburt, Las Vegas Golf Insider.

“The WSNGA is an outstanding organization, and everyone associated with it has the same goal in mind – ‘to represent, promote, and serve the best interests of women’s golf in Southern Nevada.'” says Geddes. “I have learned a lot, and appreciate the seminars and training programs they provide. As a ‘seasoned’ golfer, I’ve played in lots of tournaments. In fact, I love the competitive aspect of golf, and by far, women are the toughest competitors, and bring out the best in me. I’m always grateful for their tolerance and encouragement! Sometimes I joke about needing my own Flight, due to my age.

Despite not getting into golf until later in life, Geddes passion for the sport remains strong.

“I started playing golf when I was about 60,” says Geddes. “Although it’s a little embarrassing, I am grappling with the effects of getting older and my handicap is slowly, but surely, creeping upwards. The best part of the ‘problem’ is that I don’t hit the ball far enough to get into much trouble anymore. The organizations I belong to are the home of some of the most remarkable women in our State and it’s an honor and a pleasure to be able to play golf with them, and to call them friends.”

Geddes has volunteered on many boards over the years and since the advent of the new World Handicap System, she has served on Rules & Handicap Committee at Anthem.

Off the course Geddes is a single-digit with the camera and the passion has allowed her to travel the globe and also given her the opportunity to take photos of good friends along the way.

“The main ‘focus’ of my photography is the horse, which has taken me to France, Spain, Italy, Portugal, Canada, and several of our states,” Geddes says. “It’s the ultimate dream come true. As for photographing golfers, I do it for the groups I belong to, particularly during tournaments. I consider it a feather in my cap to have photographed our own Sue May, commemorating her 25 years of service to the USGA.  The photos were included in the article about her in the Las Vegas Golf & Leisure magazine.”

There are so many memories and good friends made, but like any golfer, Geddes has some amazing moments that stand out. And one particularly day deserves a story on its own.

“I’ve had the incredible luck to have five Holes-in-One, but the most remarkable one was eight years ago,” Geddes says. “While golfing with my husband and a couple of our friends at Anthem, he got a Hole-in-One on the 4th Hole. Our Club Pro, Travis Long, came out to the 14th tee to congratulate my husband, and while he was there, I got my first Hole-in-One! According to statistics, the odds against a husband and wife getting Holes-in-One during the same round are pretty phenomenal.”

Well played, Fay, and here’s to ace number six in the near future. 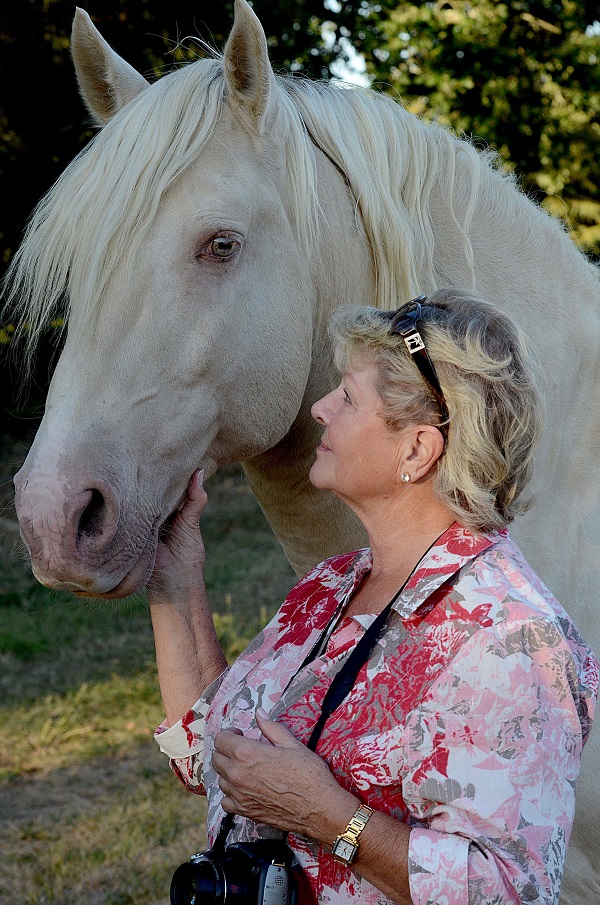