Glenn Hogle fired a three-under-par 69 to claim medalist honors at the 2022 U.S. Senior Amateur Sectional Qualifying which was held Aug. 1, 2022, at Red Rock Country Club. Also advancing to the U.S. Am was Earl Morley. –By Bill Bowman, www.lasvegasgolfinsider.com

Morley and Steven Fink, who each shot a 70, went to a playoff for the second qualifying spot with Morley winning. Hogle and Morley, who recently moved to Las Vegas and is a member of The Summit, now move on to the 2022 U.S. Senior Amateur Championship which will be held Aug. 27-Sept 1, 2022, at The Kittansett Club in Marion, Mass. 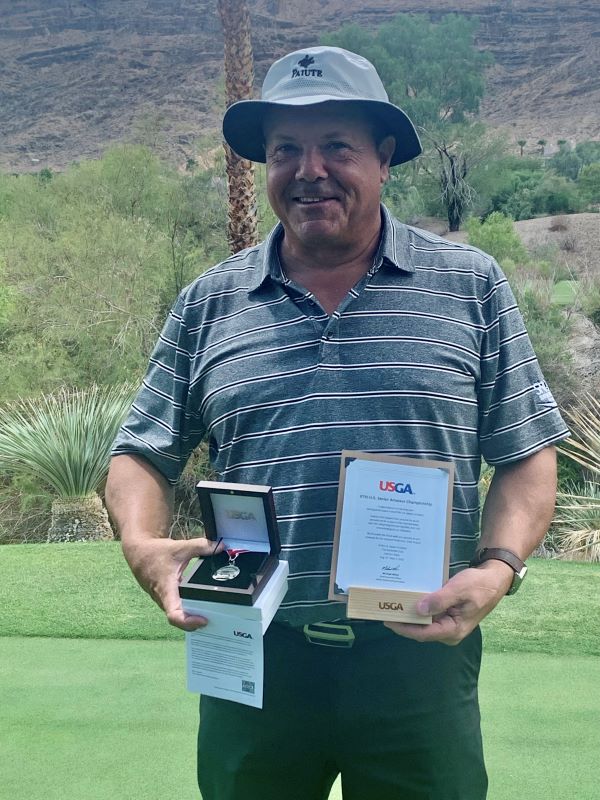 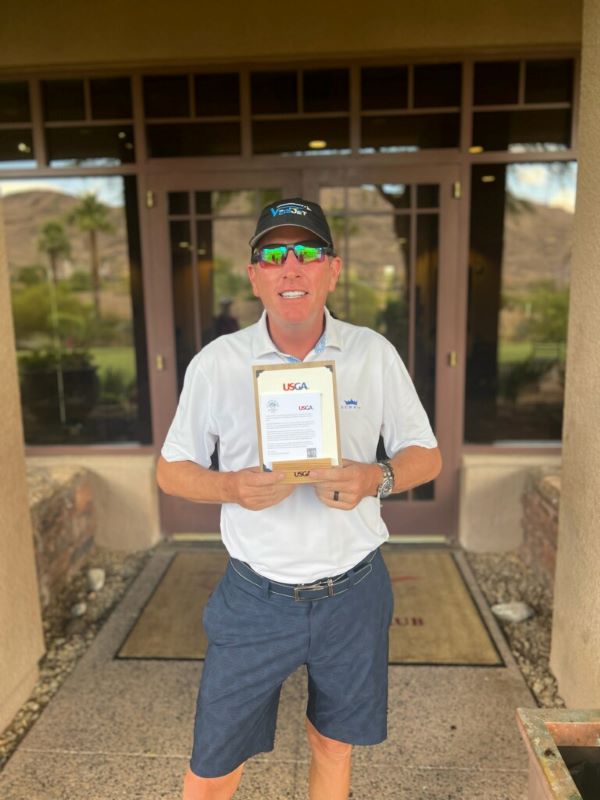 Fink is the first alternate and John Carras, who carded a 71, is the second alternate.

“I haven’t been playing that much … I’ve been working too much,” he said. “But the last few days I started trying to prepare myself mentally.”

It worked out well.

“I was disciplined enough to only hit the driver five times,” he said. “The course wasn’t playing that long and I did a good job of keeping it in play.”

Hogle played consistent golf after his hot start. He put a fourth birdie on the card (on No. 11) and a lone bogey (on No. 18) to go along with 11 pars.

He feared that bogey on No. 18 might prove costly.

“I hit driver left and then had to just pitch out,” he said. “I ended up making bogey and wasn’t too happy with it.”

Hogle said, for the most part, it was a solid day until he got on the greens.

“I hit 2-iron off the tee quite a bit today,” he said. “I can move it about 270 and it worked perfectly. But my putting was not sharp…let’s just leave it at that.”

Well, maybe he will dive a little deeper.

“I made a nice putt for birdie on the first hole but left a lot of putts out there,” he said. “I hit 15 greens and was close a lot. I just missed a lot of putts.”

But he survived and will move on–again.

“It feels good to repeat and be the medalist,” he said. “I’m really pleased. We’re amateur golfers and any time you can make it to a USGA national event, it’s a big deal.”

Now it’s on to the U.S. Senior Amateur.

“Every day on the golf course is an absolute joy,” Hogle said. “I will represent Southern Nevada with everything I’ve got…I promise you that.”