UPDATED June 15, 2021–Gordon Groff and others in his family felt there isn’t a better way to honor his late wife, Judy, than with a memorial golf tournament. Judy passed away last year after a long bout with AML (acute myloid leukemia). The tournament, the Judy Groff Memorial Golf Tournament, will be held May 1, 2021, at the Concord Course at Anthem. –by Bill Bowman, Las Vegas Golf Insider staff. 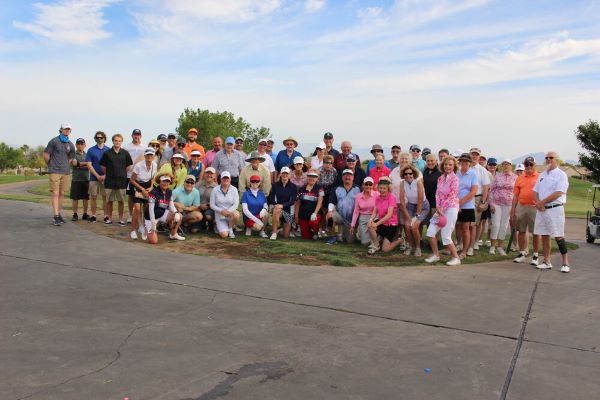 “This event was a great one for me, my kids and the grandkids. They were all there and they were thrilled with the way it all worked out. It was a tremendous memorial to my wife.

The turnout was amazing. With Covid still going on we still even had 20 people come out from Pennsylvania to play.

I really have to say we’re happy with our choice of the Southern Nevada Junior Golf Association. They just did a tremendous job helping us out. We were amateurs when it comes to an event like this and they made sure it went off without a hitch and everything was perfect.

The Niners Golf Club that my wife played with were all instrumental in getting teams together and donations. They were all tremendous every step of the way.”

Gordon and Judy were married for 56 years but didn’t pick up golf until later in life. Judy was a member of the Revere Women’s Golf Association.

“We were both born and raised on farms so there was no way to afford to be golfers,” Gordon said. “It wasn’t until later in life that we knew what we had been missing with golf.”

After leaving the Pennsylvania area, they were looking around for a new place to tee it up and call home and Anthem came on their radar.

“We traveled a great deal in later years and settled on this community in Anthem because of the golf courses and the whole 55-and-over activities,” Gordon said. “It was perfect.”

Then came Judy’s battle with AML that included three separate chemo stints but she never gave up the fight.

“There are three different versions of AML and the one she had was very serious,” Gordon said. “On the third round of chemo she fell out of remission and the only possible chance was with a bone marrow transplant. We had found a match, a gentleman, but because of COVID they weren’t able to get people in for these types of tests and when that happened, it was the beginning of the end. But I was very fortunate that I got to spend the last four days in the hospital with my wife.”

With this tournament, Gordon hopes to pass their passion for golf along to the next generation of players as the proceeds from the tournament will go to the Southern Nevada Junior Golf Association.

“After me, my kids and grandkids met with them, we knew this was something my wife would have really, really been glad to have her name attached to,” Gordon said. “They are doing so much for the youth and underprivileged…from lessons to clubs to money for the kids for tournaments…and more.”

He added picking an association to help out wasn’t an easy choice.

“When we decided to do something, the first thing that came to mind was cancer and leukemia,” he said. “But then we decided to look around and found the SNGA was doing a tremendous job with kids and we wanted to help out.”

And the SNJGA has been there front and center to help out along the way.

“Renee (Rocco, of the SNJGA) has been my go-to girl,” Gordon said. “She’s been so helpful with everything. It’s been a combined effort by everyone at the SNJGA and it’s just going to be a great event.” 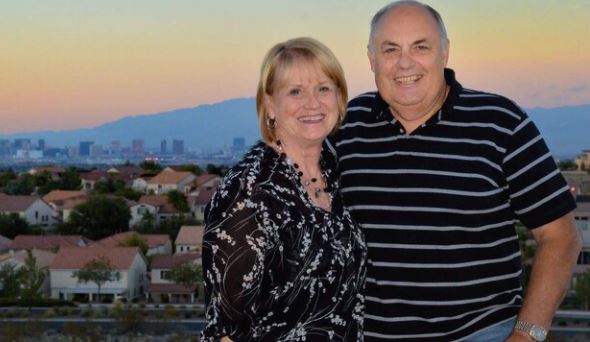