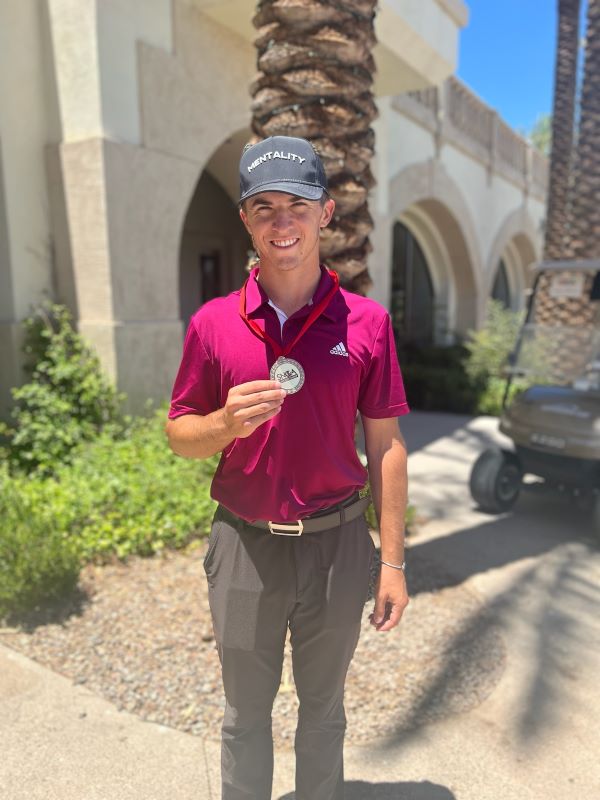 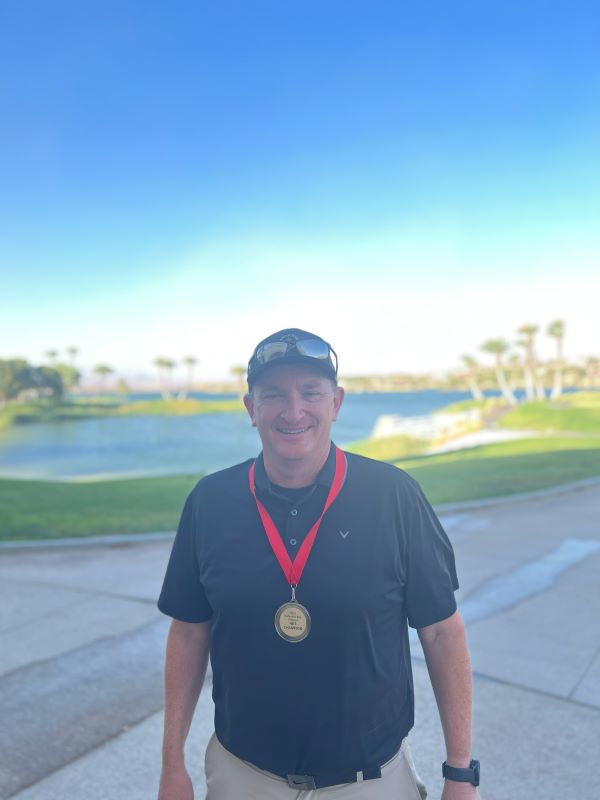 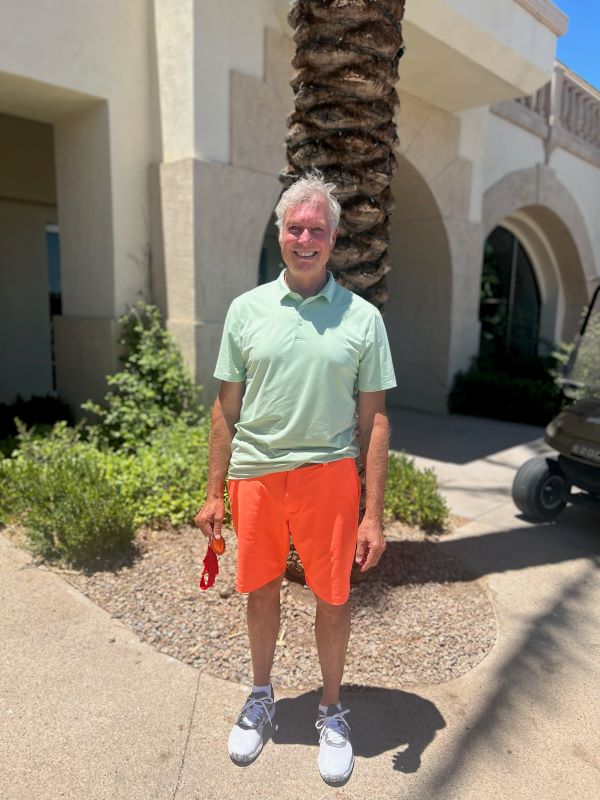 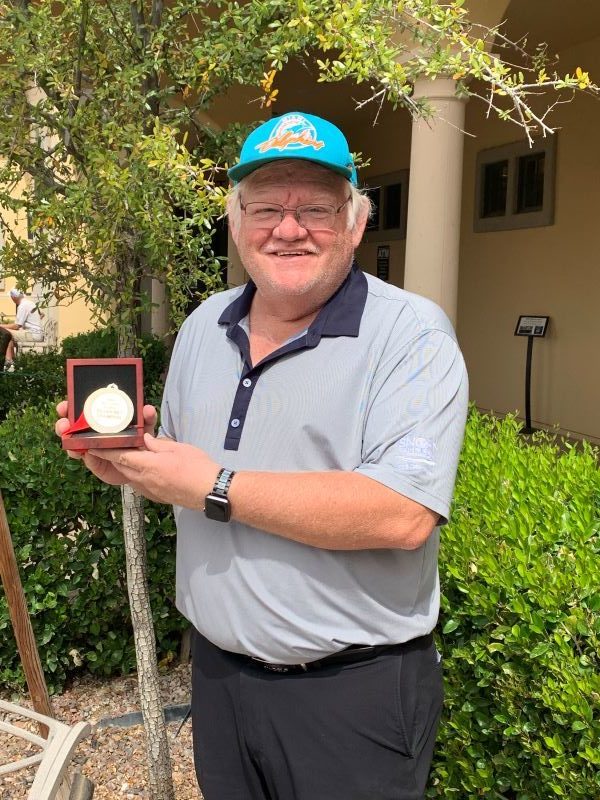 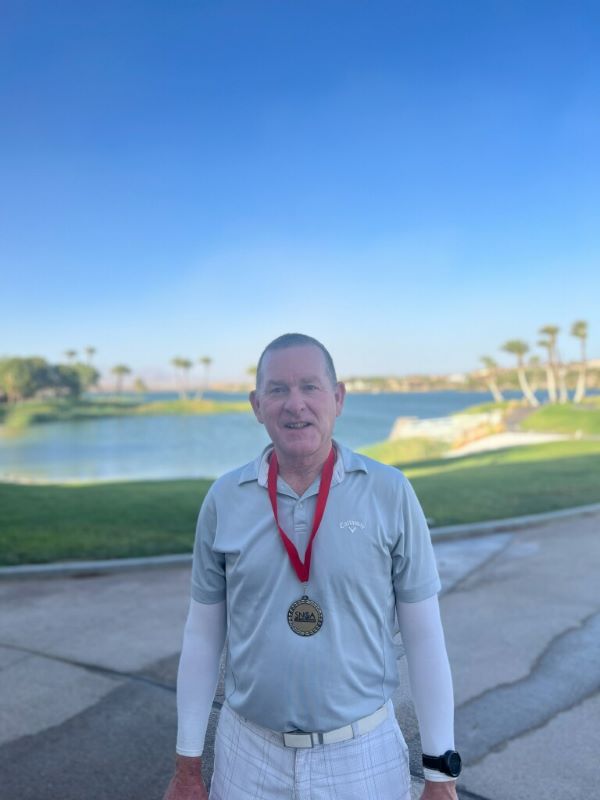 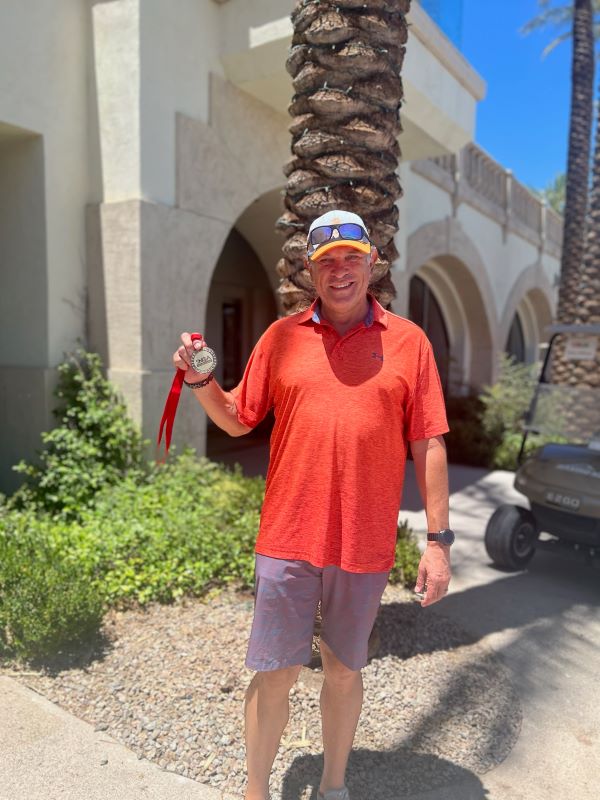 Jackson Parrish, trailing by five strokes entering the final round, came out red-hot and rallied for a two-stroke win in the Championship Division.

Parrish had a front-nine 29 that included an eagle and five birdies.

Parrish, still mulling over spots to play college golf after entering the transfer portal in the early part of 2022, won for the second time in 2022.

He said this was a comeback he won’t soon forget.

“That was the best nine I’ve ever played and with the wind blowing 25-30 miles an hour it made it even more special,” he said.

He said this is the type of round he feels he needed to experience.

“I was looking for the right headspace,” he said. “I felt a little out of it over the last week or so but found a zone today. The best players in any sport work on getting into that headspace and I’m working on figuring out how to do that.”

He said overall it was a round to remember…with a couple of exceptions.

“As nice as the front nine was, the back nine wasn’t nearly as pretty,” he said. “I had a couple of nervy tee shots that led to bogeys and a double bogey. But I made an eagle and a couple more birdies so I did make a lot of putts.”

He added the battle with Brett Sawaia, who finished second, was a good one.

“Brett played great,” Parrish said. “He wasn’t giving me anything. I was fighting to stay in it and just tried to keep the pressure on him.”

Trevor Coss, the 2020 SNGA Net Player of the Year, is back in the winner’s circle.

Coss’ last win came in 2020 when he won three times and breezed to the Player of the Year honor.

Now, he’s back in form and had 12 birdies and a net eagle over the two days in winning by three strokes.

“The weather was a beatdown, that’s for sure,” Coss said of the two days. “I just tried not to do anything stupid. I had one double bogey but besides that everything else was safe.”

He said getting back in the winner’s circle feels good.

“I haven’t won in two years so it was great to get this phone call,” he said with a laugh.

He said a second-hole mishap signaled a wakeup call.

“I was trying not to overswing in the wind,” Coss said. “But on hole No. 2 I overswung the club and wound up in the penalty area. I did get it up and down for a bogey and I told myself ‘OK, I’m not doing that the rest of the day’ and I stayed with the program and it worked out.”

He added the final thoughts were of a PGA Tour major tournament.

“This was like the U.S. Open,” he said. “On most holes you just take your par and move on. This weekend pars were definitely good.”

Kelly Knievel had four birdies in a six-hole stretch in his opening round en route to a seven-stroke victory in the Senior Division.

He said his goal was simple: survive.

“I was sick both days,” he said. “I had no energy and just tried to hit the ball to a safe spot on the fairway and the green.”

He said having the lead after the first day was a driving force.

“If I wasn’t in the lead after the first day I probably wouldn’t have shown up today,” he said. “I felt that bad.”

He said he didn’t do anything special over the two days.

“It was really course management,” he said of the key to winning. “I just played solid and hit fairways and greens.”

Jack Kalmanson capitalized on two net eagles in the first round in winning his second SNGA title of 2022.

Kalmanson had the eagles in a four-hole stretch to spark his opening round.

“Those eagles definitely got me going,” Kalmanson said. “The first one was two good shots and a short putt and the second one I drained a 15-footer downhill that I barely touched. It rolled and rolled and finally trickled in. They certainly made the round.”

The second day he tried to focus on fairways and greens.

“I just tried to play steady and limit my mistakes,” he said. “At Primm (his earlier SNGA victory), I had a horrible second day and can’t believe I won. I was thinking about Primm today and trying not to fall apart.”

“I made better swings the first day but today I was steadier,” he said. “I didn’t make any birdies but only made a couple of doubles today.”

He also kept his sense of humor.

“I just wanted to reduce the badness,” he said with a laugh. “I wanted to keep the big numbers off the card.”

Gary Carpendale held a seven-stroke lead after the first round and breezed to his third victory in 2022.

“This wasn’t much fun at all,” Carpendale said. “I knew it would be a long, slow and windy round and it was just that.”

But he couldn’t help laughing at the conditions.

“You had to stay away from the flagstick because it would whack you in the face,” he chuckled.

Carpendale said having a big lead after the first day made the final round bearable.

“Yesterday was fun,” he said of Saturday’s round. “I didn’t make a bogey and I’m not sure how many times that’s happened…especially with weather like this.”

He said that first round was the ideal round.

“I chipped it really well,” he said. “All my misses were right around the greens and I got it up and down a lot. There was really no stress.”

Sunday that all changed.

“I knew we were all going to make mistakes,” he said. “You can’t play flawless golf in these conditions so you just had to try and limit your mistakes.”

George Yocum’s play at SNGA events at Reflection Bay has been impressive in recent years.

This year was no different.

“Reflection Bay is my favorite course,” Yocum said. “All of the yardages work for me and it just sets up well for me.”

He said there is one other advantage he loves while playing the course.

“I get to putt from off the green,” he said. “I’m a terrible chipper and the sooner I can use the putter, the better I feel.”

He said his victory came down to one aspect: Hanging on.

“I played about as well as I could on Saturday,” he said. “Sunday was just survival because of the heat and the high winds. I’m happy and proud of the way I played under tough conditions.”