The two-day event featured an alternate shot format the first day and a four-ball format the second day. 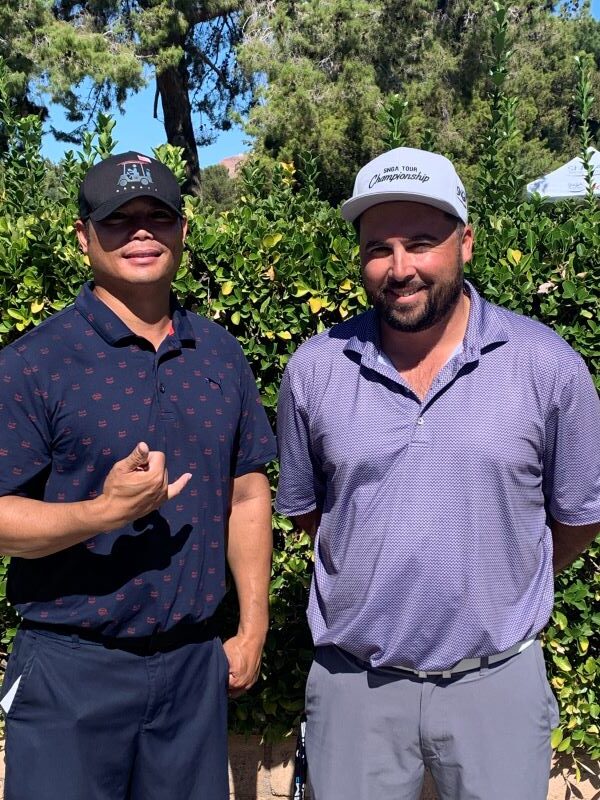 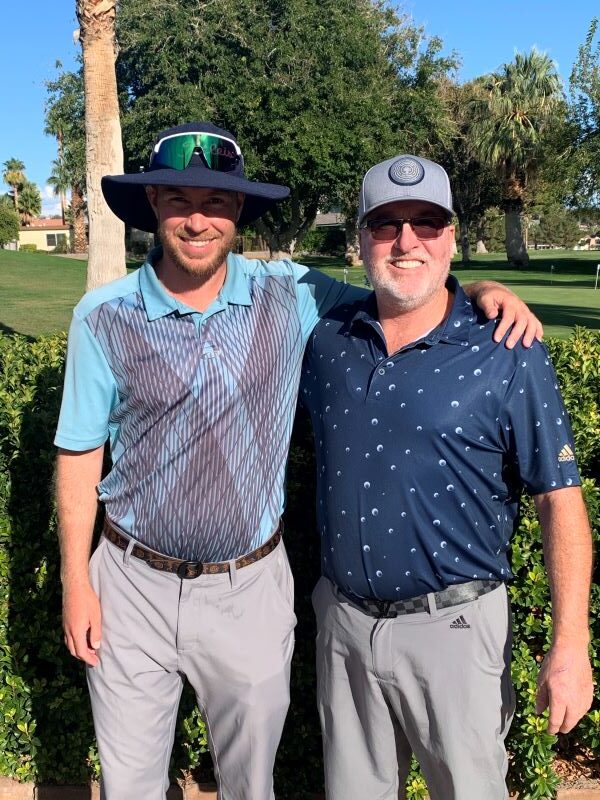 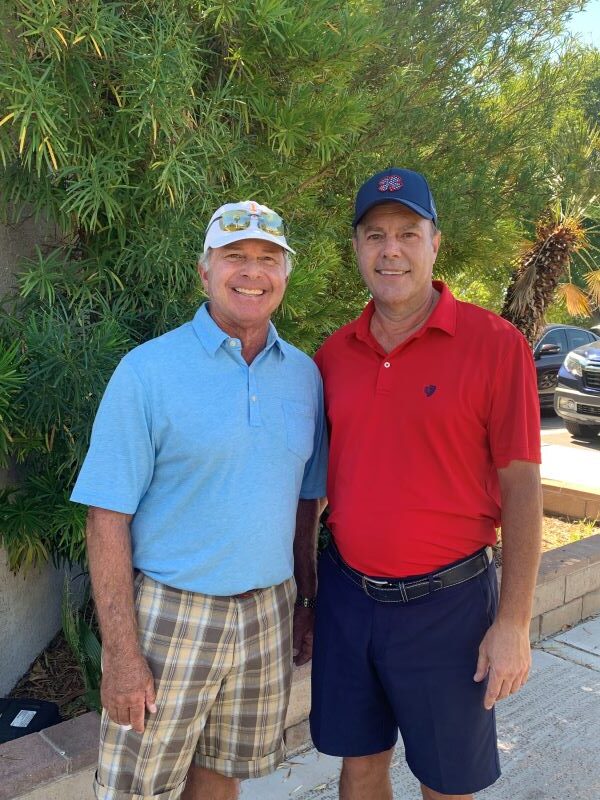 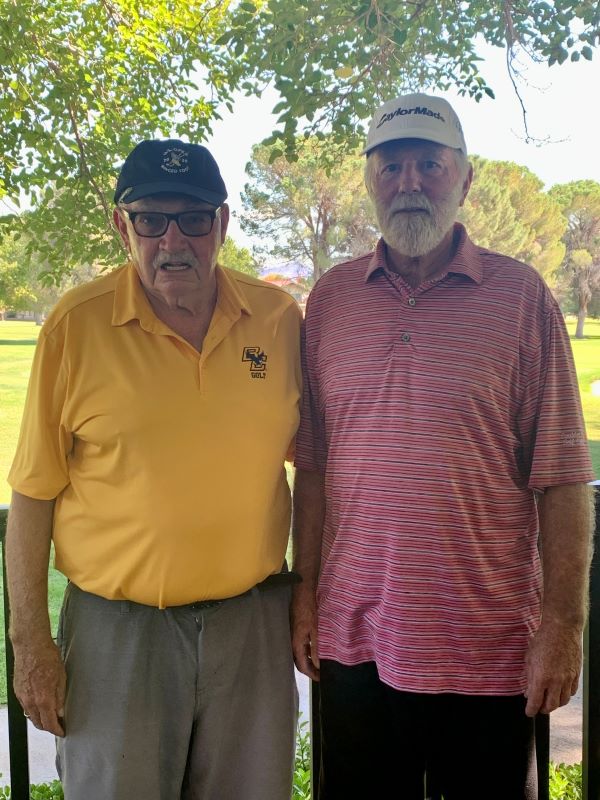 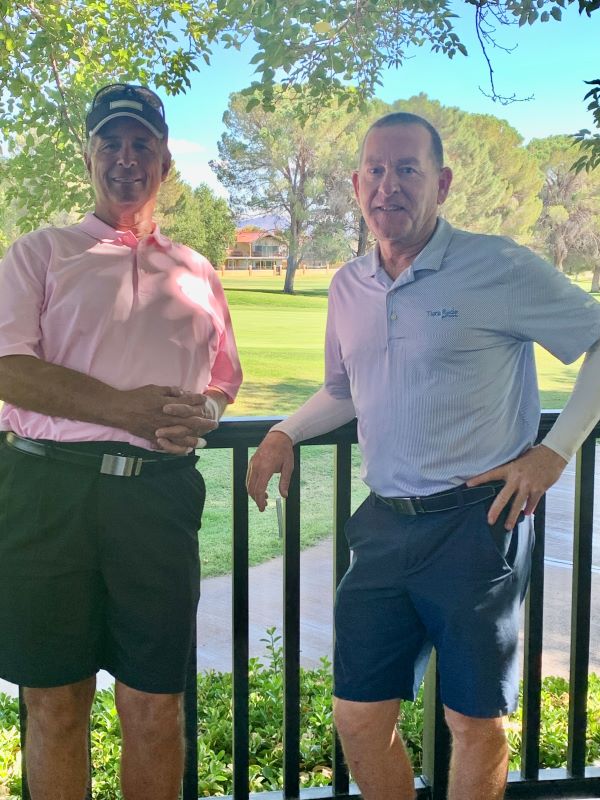 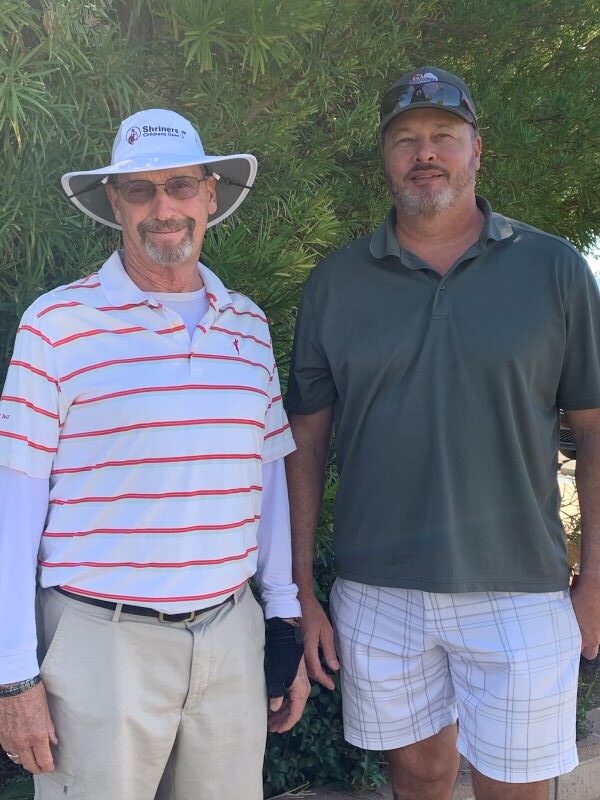 Kamden Ganir and Daren Johnson put nine birdies on the scorecard during the second round–including a string of five birdies in an eight-hole stretch midway in the round–en route to a six-stroke victory in the Championship Division.

“We were both playing good golf,” Johnson said. “We definitely ham and egged it very well as a team all weekend.”

He said it was just a smooth two rounds of golf.

“We didn’t have a bad hole the whole weekend,” he said. “We only had one bogey on our scorecard the two days and never had the feeling where it was nerve-wracking. We always had confidence we could get it done.”

Aron Suci and Kenneth Humphries fired an opening round seven-under-par 65 and breezed to a nine-shot victory in the Net Division.

The team had a natural birdie, four net birdies and a net eagle in leading the team to a first-day lead they would not give up.

Suci said the team play was a definite factor…as well as the tournament being on their home course.

“We play here often…at least once a week,” Suci said. “It helped knowing the putts and it certainly helped having a teammate. We both hit some errant shots early but managed to get the ball in the hole. When one of us was in the trees the other one was in the fairway.”

Suci said the teammate atmosphere was also good for the mental part of the game.

“It was my first time in a team event and we both calmed each other down,” he said. “We both had a couple of situations where if we had been playing alone the scores could have been really high but when one of us got in trouble the other one was there to clean it up.”

Brady Exber and Todd Roberts birdied their first three holes in the final round and went on to post a one-stroke victory in the Senior Division. It was the first team title for the two good friends and top players. Exber is a former 9-time SNGA player of the year and Las Vegas Golf Hall of Fame member while Roberts is a multiple SNGA Senior player of the year.

In the final round, the duo birdied six holes–four by Roberts, two by Exber.

Roberts and Exber had a warmup session last week as they played in the high-profile Trans-Miss Senior Four Ball event at Las Vegas Paiute and wound up second, one shot back.

“We played well last week and came up just short,” Roberts said. “It was the same thing here in that we both made a few birdies that got us going early.”

The birdies on the first three holes in the finale got the round started well and they kept it up.

“On the backside Brady got us going with a two-putt birdie on 12 and I made a miracle pitch-in for birdie on the 14th,” Roberts said.

Roberts said Exber, who has been away from the game for about a year dealing with family issues, has come back strong.

“He’s obviously a great player and even being away from the game for that long he showed he can still play great golf,” Roberts said.

In the end, Roberts thought a missed putt on the final hole might prove costly.

“I had about a six-footer for birdie and missed it,” he said. “We were fortunate the two groups who were ahead of us starting the day didn’t play as well and we managed to win.”

Brian Freymueller and William Day overcame a bogey start in the final round to fire an eight-under-par 64 and post a two-stroke win the Senior Net race.After a bogey on the par-5 first hole, the team put two natural birdies, a net eagle and five net birdies on the scorecard.

“We both botched putts on the first hole,” Freymueller said with a laugh. “But then we got the momentum going and kept it going. We both had good holes to get net birdies.”

Freymueller said the win was a definite team effort.

“If one of us had a bad hole, the other one had a good hole,” he said. “After the first hole we just made putts from all over the place. We just had a great day and it was nice to get the win.”

Anthony Caiazzo and Gary Carpendale birdied four of the first five holes on their final nine holes to rally for the Silver Division title.

The team posted a one-over-par 73 in the first round–including a four-bogey, no-birdie back nine–but a six-under-par final round gave them the title.

“Yesterday was a little bit rough,” Carpendale said. “We just didn’t hit it too well. We ham and egged it pretty well but had a good front nine and a terrible back nine.”

Carpendale said the final round worked out well.

“We were both excited about the different format for the second day,” he said. “And we just played good golf. We had a couple of hiccups but it was solid.”

He said they both contributed to the six-under-par effort.

Kevin Keegan and Kevin Shambarger birdied three holes on the back nine in the final round and posted a three-shot victory in the Silver Net Division.

“We didn’t have any bogeys for the two days and that’s pretty good golf,” Shambarger said. “We were pretty proud of that.”

Despite no bogeys, Shambarger said the team certainly could have scored better.

“We both played well but we just missed putts today,” he said. “We missed a few three or four-footers for birdie. If we had putted a little better, we certainly could have scored a little better.”

Shambarger said the team aspect works well for the duo.

“We team up well together,” he said. “We’ve played together for quite a few years. We just ham-and-egg it pretty well a lot of the time.”