Karen Herness, who has been the co-captain of the Southern team in the last two women’s Silver Cup events, knows it takes a lot of teamwork to keep a group focused and moving ahead smoothly. As the newly-elected Women’s Southern Nevada Golf Association president, she’s hoping to bring that same guidance to help women’s golf in Las Vegas continue to grow and prosper. –by Bill Bowman, Las Vegas Golf Insider staff.

Herness was voted into her two-year term as president and will replace Sherry Jackson at the helm and build on her term’s accomplishments. Other executive board members are Other directors are Sue May, V.P.; Monica Kaili, Sec. and Rusty Beckel, Treasurer.

It’s not a responsibility she is going to take lightly.

“I take this very seriously,” she says. “It’s a big responsibility. But, we will work together as a Board to achieve our goals.”

She knows it’s going to be a group effort and welcomes the help. “I’m a team player,” Herness says. “I tend to distribute and allocate resources. I try to listen to people and accomplish goals in conjunction with others.”

Herness moved to Las Vegas late in 2013 and her early priority was to get on the golf courses.

“I’m a very passionate golfer and the first thing I did was seek out places to play golf,” she says. “I belong to several clubs and the social aspects of them are wonderful, but what I really enjoy are the competitive aspects of the game.”

She added she knew she found a great golf home in Las Vegas.

“The ladies here are very inclusive,” she says. “They tend to want to attract new players and are very accepting.”

To that end, the growth factor of women’s golf is also a key element in Herness’ eyes.

“One thing I would like to see happen is to include more younger players,” she says. “But with our tournaments usually in the middle of the week, if you’re younger and working, it’s tough to take the time off to play. I’d like for us to have at least one day of major tournaments on the weekend so people don’t have to take two or three days in a row off to compete.”

Herness and Rusty Beckel led the South team to a 1-1 record in the Silver Cup events that pit the Northern Nevada Women’s Golf Association against the Women’s Southern Nevada Golf Association. The South won at home two years ago, 21-15, with the North winning this past season in the north, 26-14.

She says her time in helping guide those teams has given her a perspective to help ensure the WSNGA moves ahead smoothly and continues to grow. A major project the WSNGA and SNGA has starting in January will be helping all the golf clubs transition to the new World Handicap System.

Herness was asked about what will make her run as WSNGA president a success. Her answer was simple: “I’m not going to be successful if the whole board and all of the golf clubs aren’t successful,” she says. “Working as a unit is my No. 1 goal and getting everyone on board so we can keep moving forward.” 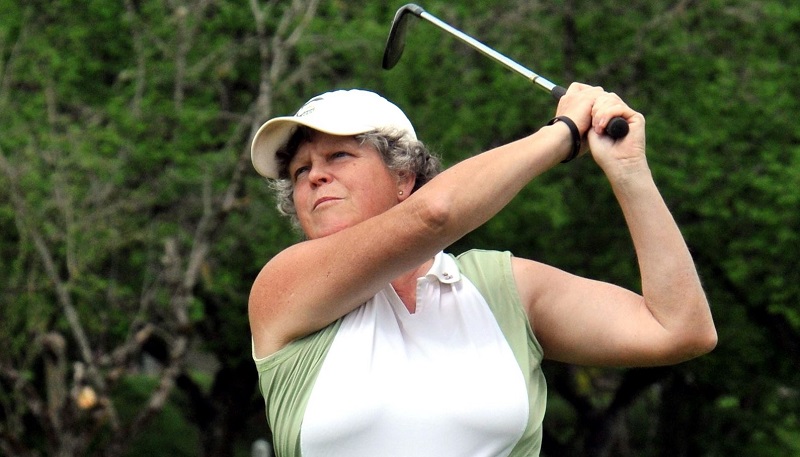