Ali Mulhall put 10 birdies on the scorecard over the two days–including four of her final eight holes on the second day–en route to a 15-stroke victory in the Championship Division.

Mulhall, the inaugural winner of this women’s event, said keeping calm was the key.

“I just really tried to stay patient but that’s not always easy especially in tough conditions,” she said. “It was tough out there and I’m super-excited to win.”

Mulhall, who is a junior academically and taking classes on-line at The Connections Academy, plays golf for Coronado and is starting to look at colleges.

“I’m starting to go on visits,” she said. “I really want to keep getting better and play well in college. I’m hoping to play on the LPGA Tour. I definitely want to stay in the golf business for sure.”

She added the conditions made playing quite the challenge.

“It was cold and windy (Sunday),” she said. “It made it tough. I just tried to stay in the moment.”

She said one hole stands out for her play over the two days.

“It had to be the third hole,” she said of the par-3 hole. “I hit a good tee shot to about six feet and made the birdie. That really got me going.” 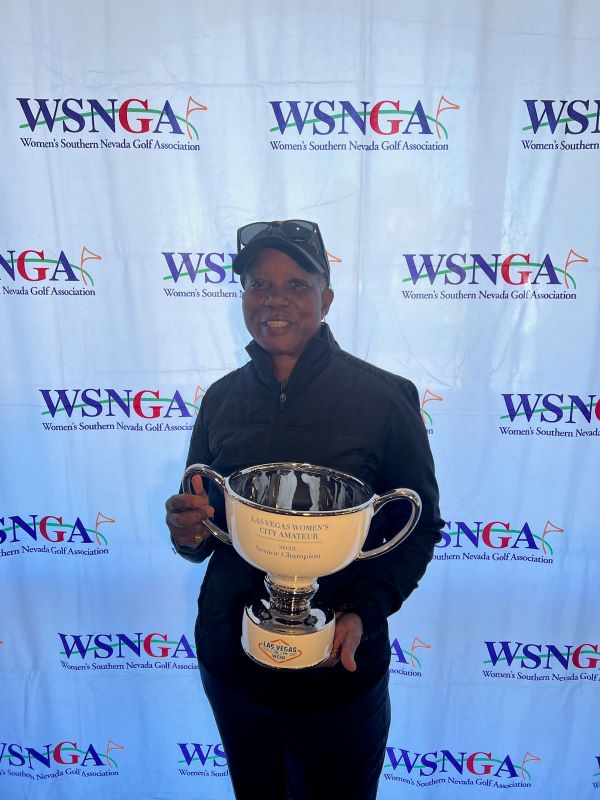 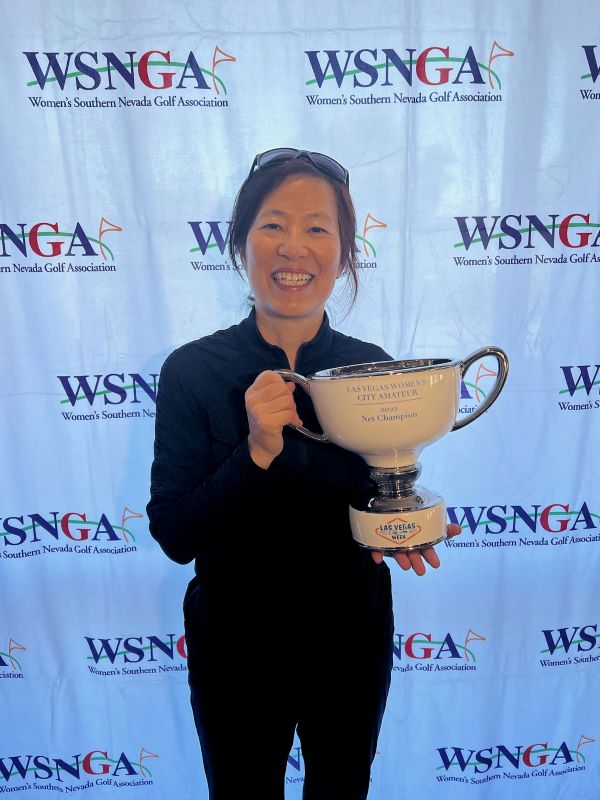 Clara Heo had four net eagles over the two days (including three in the final round) in winning the Net Division by one stroke.

“I’m proud of myself,” she said. “I had a tough start today. I parred the first hole but then had two bad holes. But I stayed focused and made up those two bad holes.”

She said being one of the inaugural winners is a great honor.

“It’s the first event for the women and it’s my home course so I signed up to support the WSNGA,” she said. “It was definitely a memorable first event.”

She added she was happy with her play…and that’s over both days.

“Usually, I play well the first day and the second day I screw up,” she said. “But in this tournament I played well for both days.”

She gives the credit to her putting.

“I controlled my speed well and read most of the greens pretty well,” she said. “I did miss a few putts but overall it was good.”

Maxine Goodridge played her final eight holes even-par (one birdie, one bogey and six pars) and won the Senior Division title in a playoff over Laura Smith.

Goodridge won with a par on the first hole.

“Like everybody else’s game mine seems to come and go,” she said with a laugh. “I was playing with a very talented group of ladies and my game really came to me today.”

She said the 12th hole was a turning point in the round.

“I made a really good par putt,” she said. “It was only about five feet but it was downhill and tricky. If I didn’t hit it right, there was a chance it would go right off the green. Making that really started my putting coming around.”

She added she loved being a winner in the inaugural event.

“I served 38 years in the military and as an African American female, I saw a lot of firsts,” she said. “This just carries on and it’s a great honor.”