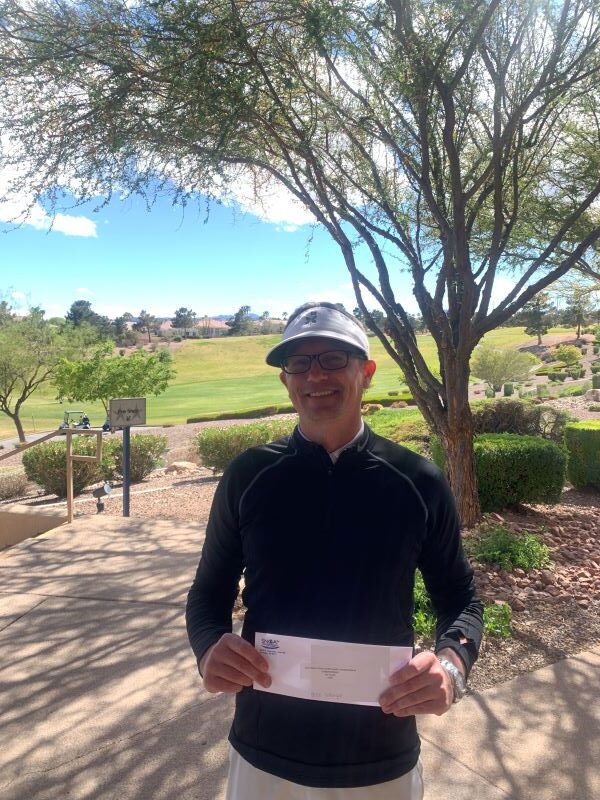 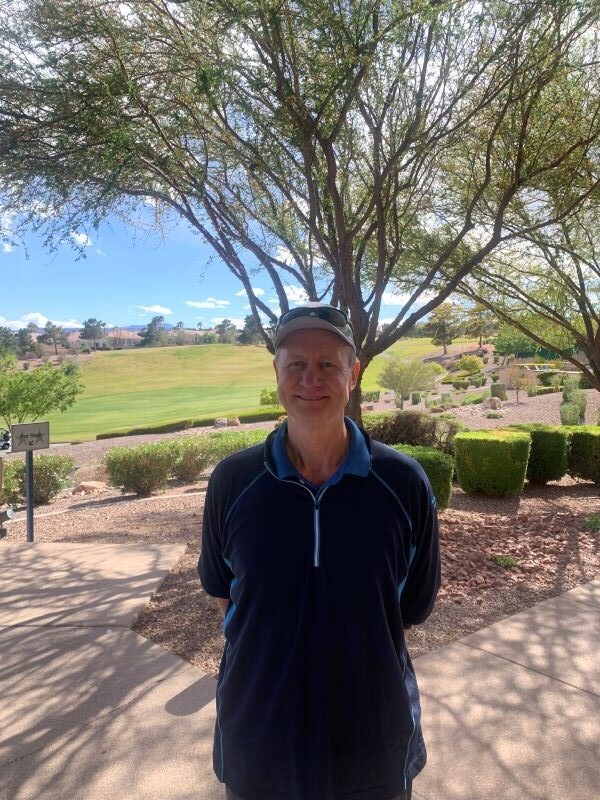 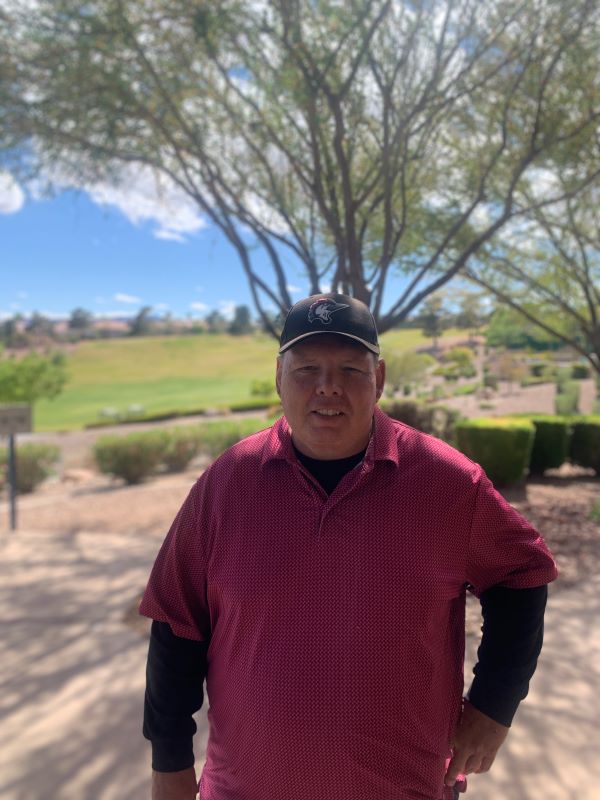 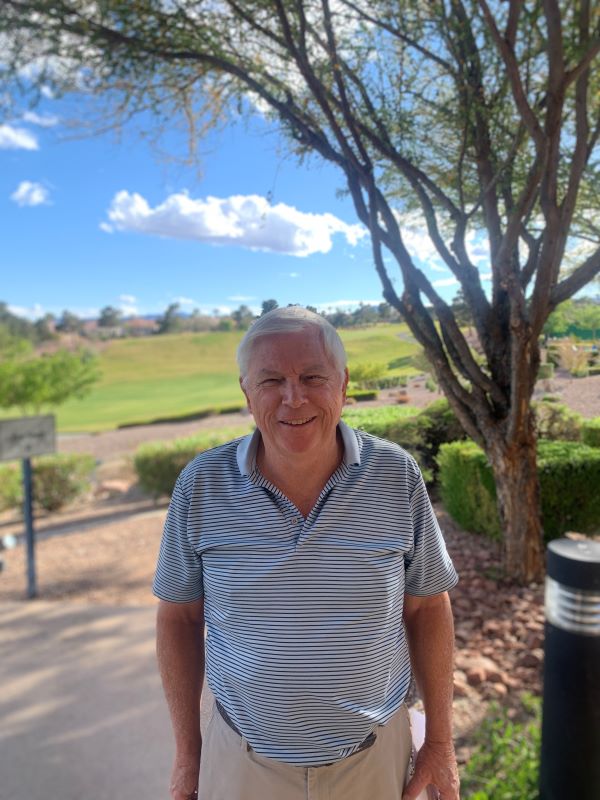 Sidlinger, who now lives in Oregon after a 15-year stint in Vegas, is a caddie at Bandon Dunes. He also caddies at The Summit in Vegas for four months of the year.

“I got my amateur status back and this is my first event back as an amateur,” he said.

He said his start wasn’t what he had hoped.

“It was pretty rough for the first eight or nine holes,” he said. “But the two birdies and a good up-and down on 12 was a crucial part of the round.”

“This was huge for me,” he said. “I got my amateur status back because I wanted to compete more. This was my first go with an SNGA event and I’m all smiles right now.”

He said his short game was the key to the win.

“What really helped today was my sand wedge and putter,” he said. “It was hard to hit the greens to start and I had a lot of nice up and downs to keep the round together.”

Alex Bluhm carded a one-under-par 59 to win his first SNGA Tour title, winning by four strokes in the Senior Division.

Bluhm’s rounded included three bogeys. But he followed up each of those bogeys with a birdie and added another birdie along the way for the win.

“I had a couple of nice comeback holes, that’s for sure,” he said. “And two of the bogeys were three-putts which is always kind of annoying.”

Overall he said his short game was spot-on.

And, then there’s the payoff…the putting.

“That was the key,” he said. “I made some six-to-seven footers for par early in the round. Those were big.”

“I was a little wobbly off the tee,” he said. “My iron play was sharp and my putting was sharp but I’ve still got a little more work to do off the tee.”

Frank Acker fired a two-under-par 28 on the back nine and picked up a two-stroke victory.

It was Acker’s third SNGA victory of the year.

With a rough start–he was five-over-par on the front nine–Acker admitted winning wasn’t in his thoughts heading to the back nine.

“I was really aggravated,” Acker said of his front nine. “I was two-over and then hit a drive into the driving range on No. 9 and made a triple. If I hadn’t been putting pretty well, I would have shot worse.”

But he got it turned around on the back nine…sort of.

“I still hit some bad shots on the back nine but I got them up and down,” he said. “Then I made a couple of putts for birdies.”

He said he’s happy with the win but knows there’s still work to be done.

“I really need to drive it better,” he said. “I don’t hit it that far anyway but I have to hit the fairway.”

Dave Haddock started off red-hot in winning an SNGA title for the first time in two years.

Haddock played the first five holes in five-under par with a net eagle and three net birdies as he won the title by one shot.

“I’ve been playing in these tournaments since the 80s and once in a great while everything clicks and comes together,” Haddock said. “That’s what happened today.”

He said his start was definitely one to remember.

He also added it’s now becoming a tougher sport each time out.

“It’s kind of strange,” he said with a laugh. “What used to be a pitching wedge for me is now a seven-iron.”