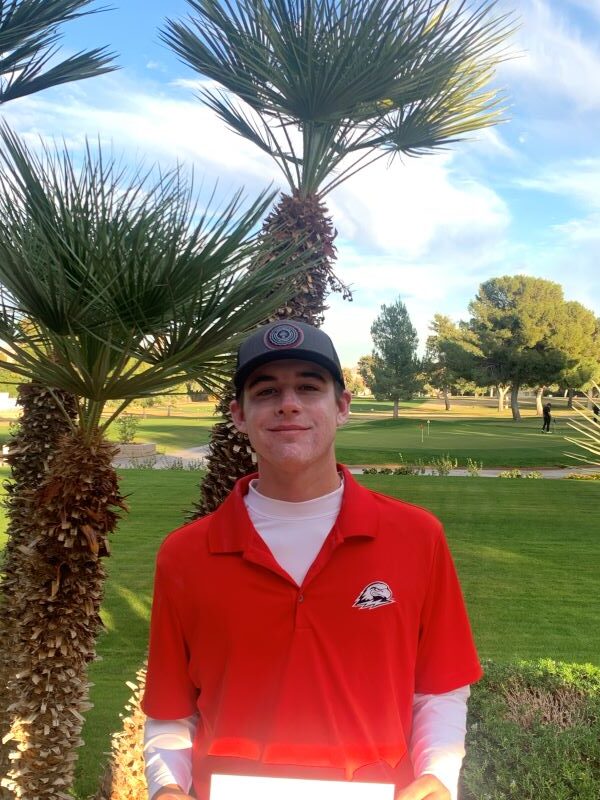 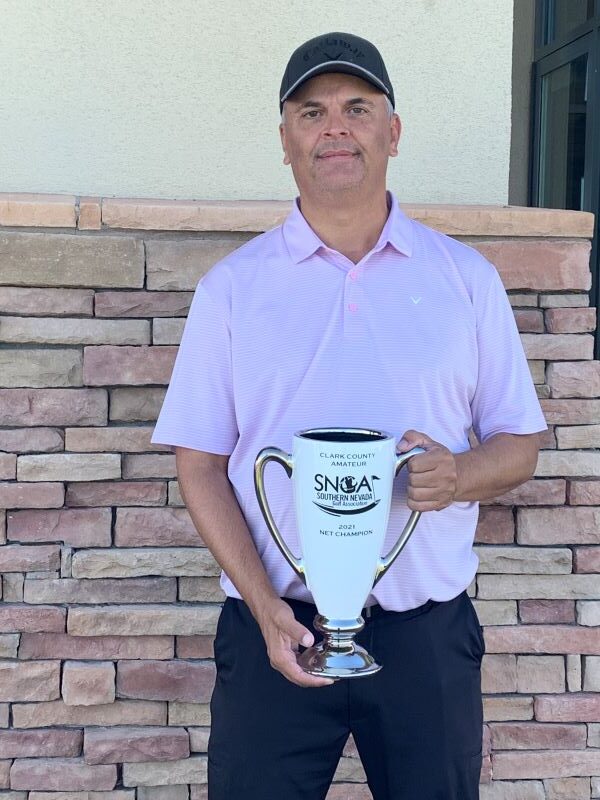 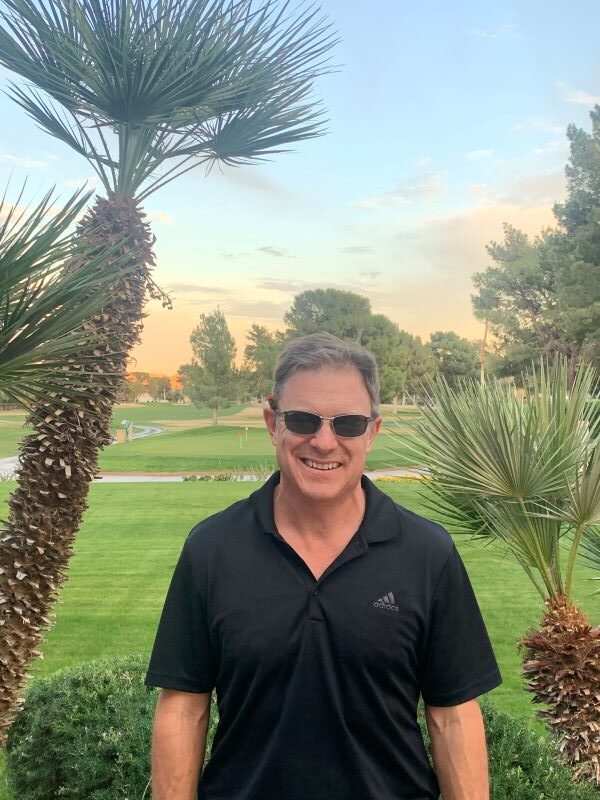 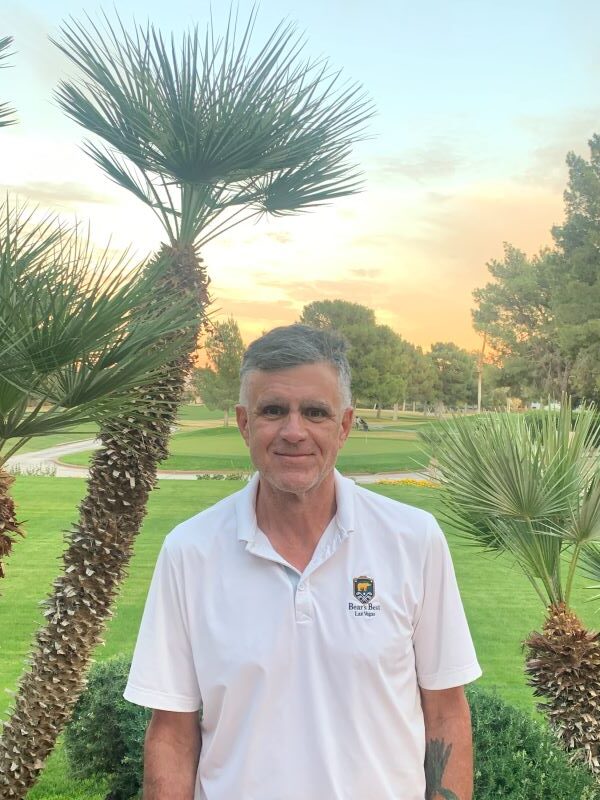 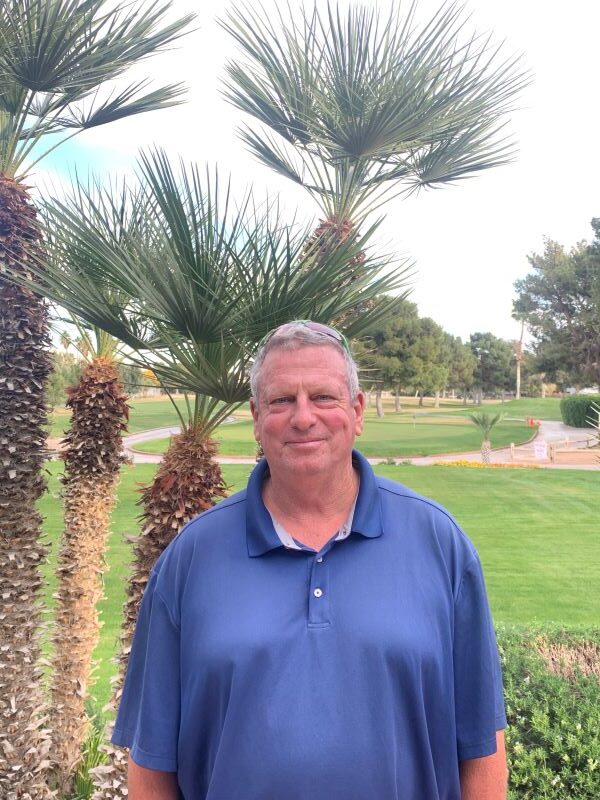 Seth Winterton finished with a bang in winning the Championship Division for his first SNGA title.

Winterton birdied three of his final four holes en route to a three-shot victory, rallying for a one-over-par 71 total.

“I just tried to stay positive and grind it out,” said Winterton, a Coronado High School graduate who is a freshman golfer at Southern Utah University. “I’ve been struggling for quite a while but as long as you stay positive, you never know what can happen.”

And what did happen was a strong finish to put him in the winner’s circle.

“I certainly didn’t expect to win,” he said. “But I got a little momentum going at the end. Good things can happen if you keep your head in the game…you just never know.”

He added a birdie putt on the 16th hole was the key.

“I made about a 30-footer, a big right-to-left putt,” he said. “That gave me a lot of momentum. I was just trying to nestle it up there but it ended up dropping. I was very happy when it went in. That was a big boost.”

Michael Haas won for the second straight event, posting a one-shot victory in the Net Division. It was his third SNGA title.

Haas admitted it was a roller-coaster round–he had a net eagle, five net birdies and seven bogeys–that wound up in an even-par round.

“It was definitely an up-and-down round,” he said. “My driver really kept me in it because my putting was awful. I kept it in play and that was the difference.”

A birdie on the 17th hole helped steady the nerves and seal the victory.

“That was big for me,” he said. “I was a couple of shots back and knew I had to make a birdie to have a chance. I was on the green in two and then just had a tap-in for a net birdie.”

He said it’s been quite the year and he hopes it’s not over yet.

“After I won the first one, I wasn’t sure what to expect,” he said. “I really didn’t know if I would win again. Then I won the last two pretty quickly and I’m hoping to make it a fourth one at Cascata (Dec. 11-12 at Cascata in the season-ending Winter Classic).”

Robert Futrell used an eagle and five birdies to breeze to a six-shot victory in the Senior Division. It was Futrell’s second SNGA title (the first one came in 2006) after seven top-three finishes in 2021.

Futrell eagled the par-4 13th hole and topped off the round with birdies on the 17th and 18th holes to seal the win with a three-under-par total on his final nine holes.

“The eagle was great,” Futrell said. “Glenn Hogle had just driven the green to about a foot and I was 120 yards out. After I holed out we walked off with two eagles on that hole.”

Futrell admitted it was a wild finish.

He said his goal was to stay focused and he accomplished that mission.

“I did a good job mentally during the day,” he said. “I kept my thoughts focused on the shot before me and didn’t look back.”

Michael Andrews birdied two of his final four holes (and survived a closing double bogey) to hold on for his second SNGA crown. He won a major in 2016.

But he added the 18th hole was definitely a challenging way to finish.

“I hit a great drive and laid up with a six-iron,” he said of the par-5 hole. “Then the adrenalin got to me a little and I bladed a sand wedge over the green. My fourth shot was on the green but then I three-putted for a double bogey. It was a bittersweet ending but I was very happy with the round.”

He said his overall play was as solid as it’s been in awhile.

“I didn’t miss a fairway all day and my iron game was super-sharp,” he said. “My putter was a little balky but I still managed a solid score hitting 14 greens.”

He said it’s good to be back in the winner’s circle.

“It’s been a few years so it’s nice to win again,” he said. “And now I get to play in the Tournament of Champions so that’s great.”

John Steele mixed in three birdies with 14 pars and a bogey and cruised to a six-stroke victory. It was Steele’s first SNGA title.

He said the key was simple: The course was the perfect length.

“I’ve got to say I love the course distance,” he said. “I’m not a long hitter. I only hit my drives about 230 so the setup was really good for me. I had a lot of wedges in and it was just about perfect for me.”

He had three birdies on the scorecard but said there could have been more…many more.

He was playing in his first SNGA event but plans on being a semi-regular.

“My wife and I decided to buy a house here and spend the winter months here,” he said. “I’ve been playing in Virginia for the last 10 years and had a couple of victories there but this is my first one here.”

Tony Troilo put five birdies on the scorecard in an eight-hole stretch (two natural and three net) and won his third SNGA title.

Troilo has now won an SNGA event in each of the last three years.

He said the 15th hole was definitely the key to this victory.

“I thought I hit two drives out of bounds,” he said. “But it turns out they were both in play and I even wound up making a par. That was big.”

“The golf lessons have really helped my confidence,” he said. “I’m hitting the ball a lot higher. With my driver I was hitting it too low and that was a detriment. Today I only had one bad drive and I also made a lot of putts on the back.”